7. august 2020, 17:00, KC Eleuzína
Kategórie: Ostatné;
A debate on escapism with Jasmin Hagendorfer and Johannes Grenzfurthner. Escapism, as a postmodern condition, where one is constantly dissatisfied with a current whatever situation, always looking for something else, always running away from whatever becomes a routine, always looking for a second home. We will also talk about nerds and counter-cultural activists, people fleeing into other worlds through fantasy and science fiction.
Johannes Grenzfurthner – is an Austrian artist, filmmaker, writer, actor, curator, theatre director, performer and lecturer, an outspoken researcher in subversive and underground culture, for example the field of sexuality and technology, and one of the founders of ‘techno-hedonism’.
Jasmin Hagendorfer is a Vienna-based contemporary artist, writer, curator and festival organizer. As an artist she is concerned with social and political discourses and questions about gender identity with an emphasis on post-porn political works
Entry is free
Panel debate “Exiting” has been prepared in cooperation with Film festival 4živly.
Project Eleuzína is supported using public funding by Slovak Arts Council 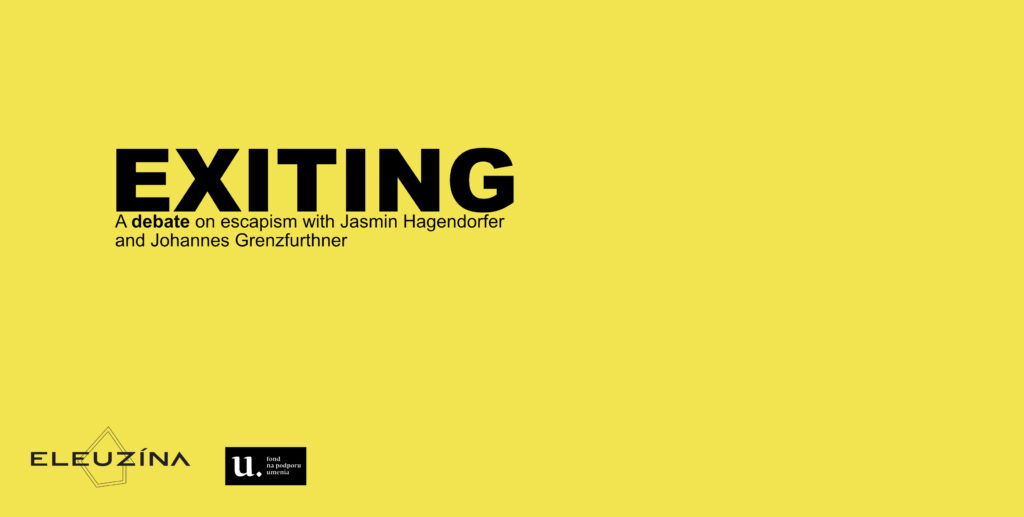