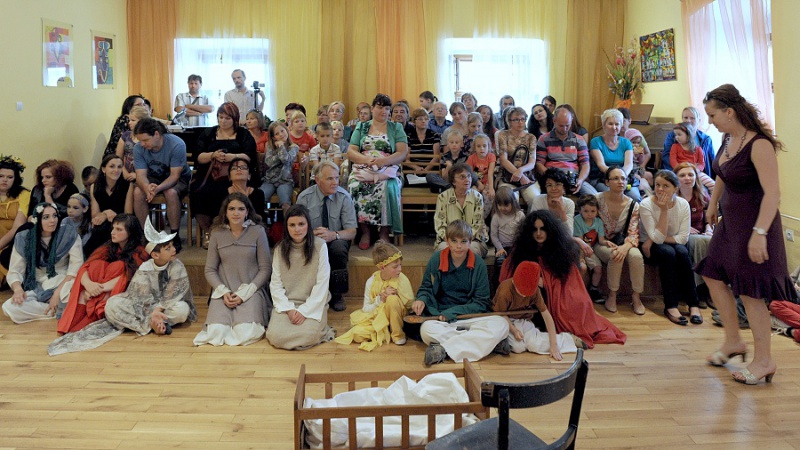 Invisible Štiavnica is an interactive game with contemporary art in the public space of the historical town centre. Visitors may, using a map, search for artworks placed inconspicuously throughout the town centre. The project officially first took place in the summer of 2013, involving a selection of contemporary artists who are active both in Slovakia and abroad. Gradually, “invisible” artworks were integrated into the town, thus unobtrusively chipping in the city area of Banská Štiavnica.

Their characteristic features are: visual (sonic, optical, situational…) unobtrusiveness, playing with the spectator’s perception, and an organic nexus of artwork and the city space. One’s involvement in the game lies in an active search for artworks, which may be tangible but also intangible. The visitor must find the artworks on one’s own, testing his or her attentiveness and perceptiveness of the contemporary art. In doing so, one is helped by a special map, which is distributed at the key places of the cultural life in Banská Štiavnica. Alternatively, the map may also be viewed on the web.