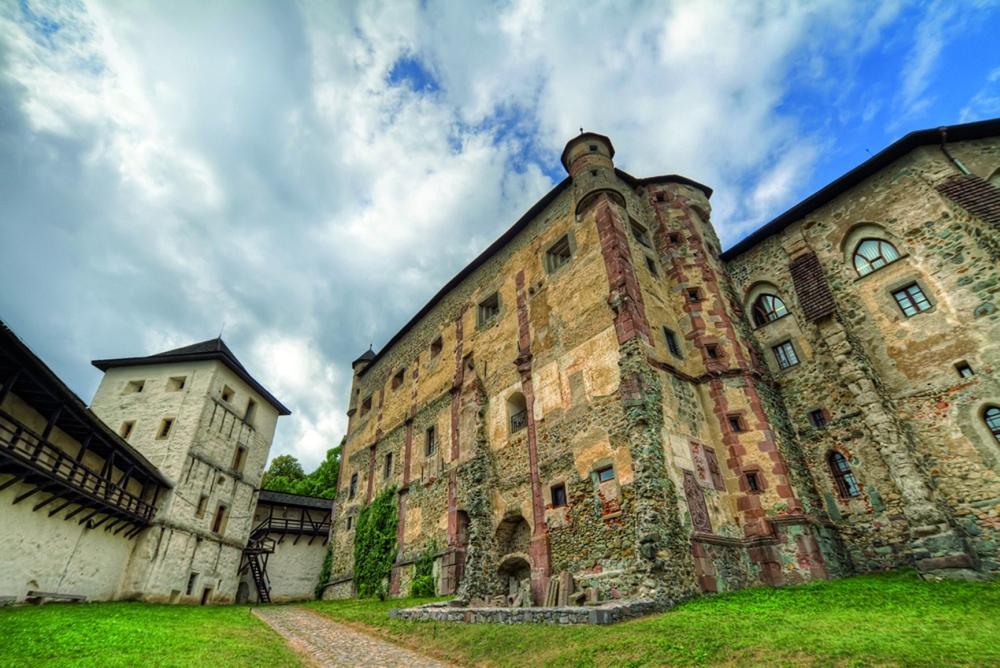 Starý zámok castle (Old Castle) is considered a “stone chronicle of the town“. Its walls are the gate to the oldest secrets of Štiavnica. Long ago it used to be a church, but it was transformed into a fortress during the period of Turkish thread. It is a place of the exhibition about the oldest region’s history called “Miners Are Coming”, the exhibition of shooting targets, smithery, the famous pipe workshop or the exhibition of Baroque sculpture and Calvary in Asylum. The copies of the paintings from the altar of a mysterious Master M.S. are exhibited in the sacristy. The tower also offers an attractive view and some exemplars of historical clockwork. You can taste the atmosphere of a medieval dungeon in the tower of Himmelreich.

For many centuries people used to meditate as well as decide the fate of the town behind the stone walls of Old Caste. It is a magic place. Its history goes as far back as the 13th century when the Church of Saint Mary (three-aisled basilica with a square presbytery) was built on the spur of the Paradajs hill together with a cemetery.

In the 15th century the Church and the cemetery were surrounded by a wall and in 1540’s it was transformed into a fortress protecting people against Turks. This was the place of protection when the enemies were beating at the door. The vault of the main nave was later demolished and the parvis was created.
Buttresses, the spiral staircase and consoles are the proof of a Gothic reconstruction. Originally Gothic castle tower with an underpass is a dominant feature of the castle. Its today’s appearance is Baroque – as a result of the reconstruction carried out in 1777, when it was transformed into a bell tower.

The Chapel of St. Michal is also very interesting. The part above ground was called “karnárium” (carnarium) and the part underground – “ossarium” (ossuary). Ossuary was a storage place for non-rotten bones found when digging new graves.
Remains of the wall-paintings come from the 14th century.