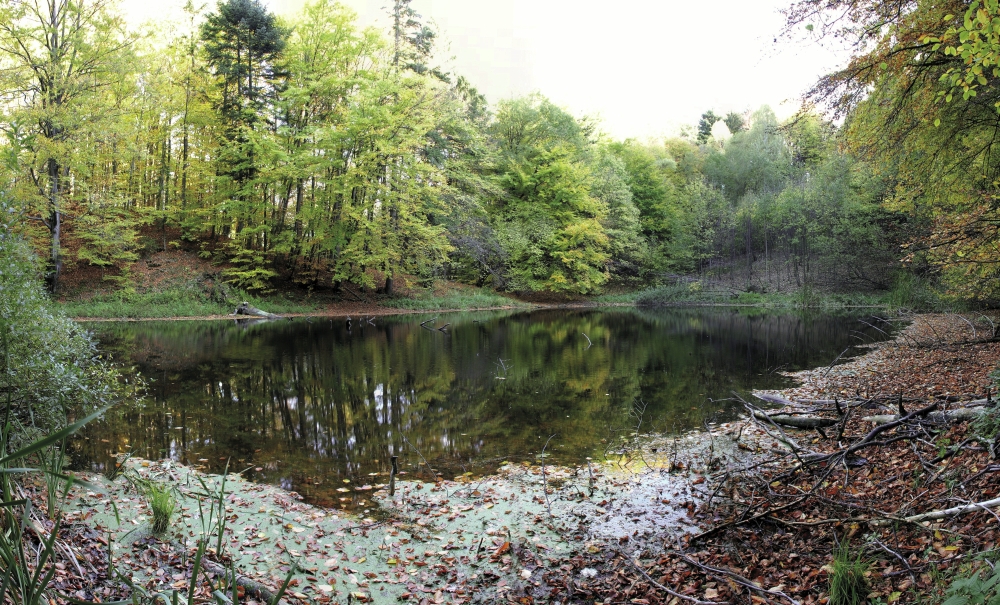 Podhorie is a very pleasant village rich in cultural and historical monuments. Local inhabitants love keeping folklore traditions. Thus, at the beginning of summer, they organise a regional folklore festival in the local amphitheatre.

The village of Podhorie is situated at the foot of the Štiavnica Mountains. In the past, there used to be two municipalities – Teplá and Žakýl. First written documents about the settlement of Žakýl come from 1288 and 1362; first time the settlement of Teplá was mentioned in documents was in 1388.

Žakýl was established in around 1241 by Székelys – royal guards of Žakýlsky hrad castle. The inhabitants of Teplá were sent here by the Abbot of Beňadik. The people of Žakýl began to deal with agriculture, coal trading, later by carrying trade, while people in Teplá were mainly woodcutters and carrying traders.
The soil here wasn’t fertile and as it was very steep and rocky, it was hard to cultivate. Therefore, many peasants chose to flee and settle in mining towns, working like mines and metallurgists.

The settlements were united first time in 1509. Podhorie municipality itself was formed in 1964 by joining of the two historical municipalities Teplá and Žakýl.

On the north-east of the village, there are remains of Žakýlsky hrad castle on Brezový vrch hill. Only remnants of external fortification wall and entrances to two mining tunnels being 5 and 19-metre-long have been preserved.

The castle might have been built at the behest of the mining boom near Banská Štiavnica, in the late 12th or early 13th century. Andrej Kmeť wrote the following about it: “Who used to live in the castle, who was lord there,… This we cannot learn, neither roughly, nor from the people. There aren’t any ancient finds from the castle and no one has attempted to find them so far.”

Žakýlsky hrad castle might have served as a protection of the mining towns in central Slovakia, as well as as a transport point between them. The question when exactly and why the castle perished so soon, still hasn’t been answered. The stones of the old castle were used when building houses in Žakýl.

The Church dedicated to the Visitation of the Virgin Mary to St. Elizabeth

The oldest monument is the Roman-Catholic church dedicated to the Visitation of the Virgin Mary to St. Elizabeth. It was built in 1717 in late-Gothic-Baroque style. A bell tower with an open wooden construction was added in 1873.

There can be also several original basement stone houses from the 19th century found in the village.

Near the castle, Žakýlske pleso (a mountain lake in 715 m. a. s. l.), popularly called Morské oko (Sea Eye), is situated. It is the oldest as well as the only natural lake in the surroundings of Banská Štiavnica. The water of the lake was used by the inhabitants of Žakýlsky hrad castle for their needs. Thus, a natural dam was artificially piled up. Later the dam was dug through and the water drove a nearby mill.

Moreover, the educational trail of Žakýlske pleso (mountain lake) is going along the lake. It is 7 km long with 262 m of elevation gain and can be managed in 3.5 hour. It forms a closed circuit – beginning and ending by the bus stop. The information panels along the trail give information about the surrounding countryside, local culture and the history of the municipality. The trail crosses one of the 382 areas of European importance, proposed for inclusion in the Natura 2000 network.
The trail includes these stops: Podhorie municipality – the church and a Memorial room – the culture countryside – Žakýlsky hrad castle Žakýlske pleso Mountain Lake – Mŕtve drevo, živý les (Dead wood, living forest) – agricultural country – folk architecture, museum, blacksmithery – Podhorie as a cultural village.

You can learn more about folk traditions in the Folk Museum. It describes an old life of a peasant, furniture, tools and equipment, as well as clothing of the whole family. The Folk Museum is opened non-stop during Folk feasts. During the year, you can visit it with the prior agreement with the municipal authorities.

The Exhibition of Puppets

You can see the Exhibition of Puppets in the amphitheatre. The authors of more than thirty marionettes are Jana Pogorielová-Dušová and her husband. About 50-cm-high puppets are made of wood, textiles or backed jute. The Exhibition is opened non-stop during Folk feasts. During the year, you can visit it with the prior agreement with the municipality authorities.

The municipality prides itself on a working blacksmithery. Here you will learn what it was like to do smithery; you can watch a smith working and maybe even try blacksmithing yourself. The visit has to be agreed in advance.

For those who love folk culture, the municipality organizes annual Folklore festival Podhorie – one of the most important events of its kind in the region.